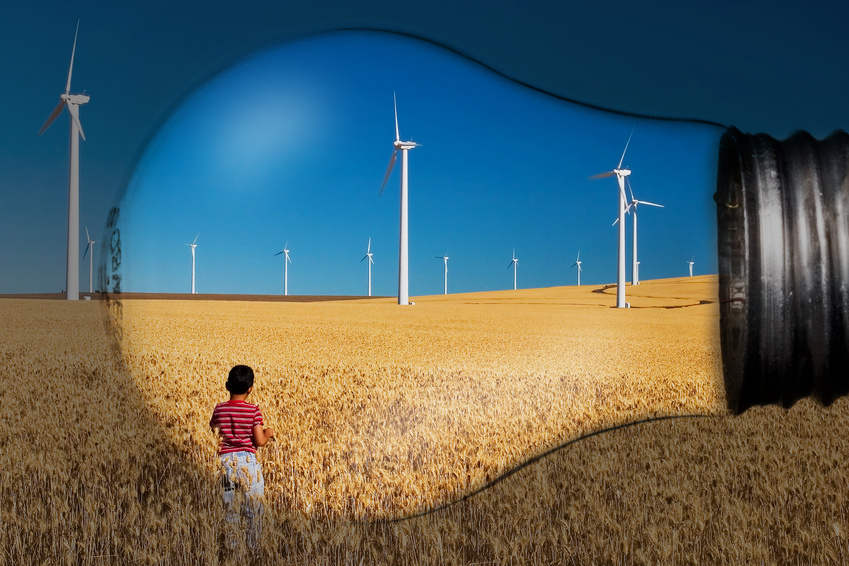 As we see the events at the Fukushima power plants unfolding on a daily basis, and our actual ability to contain their toxic radioactive materials put to serious doubt, we naturally should be thinking: what do we replace these with? Surely, nuclear reactor power is not a safe option any more. What will it take for there to be a total ban on any new reactors being built? Yet another catastrophe?
Perhaps three incidents over the course of twenty years or so is a sign that we should be looking toward tomorrow, to the future, and asking ourselves what the future of power will be.

One option could be tidal power.

Full life carbon Embodied energy Kilo joules per kilowatt hour Carbon dioxide emissions Grams of CO2 per kilowatt
Tidal 42 1.8
Wind 70 3.0
Hydro 55 4.6
Geothermal 105 6.3
Combined cycle gas N/A 200-300
Coal N/A 400-1,000
The study found that tidal is amongst the cleanest (in CO2 terms) of renewable electricity sources. Wind is less predictable and consistent, increasing the footprint. Hydro uses huge amounts of energy for the steel and concrete in the dams and waterways, and for the energy used initially for vegetation clearance and roading. Geothermal uses high quality of materials with high energy contents to operate in hostile geothermal environments, that require frequent replacement.

NZ national average emissions are about 210 grams CO2 equivalent per KWh which is internationally low due to the high contribution of hydro to NZ electricity production. Figures for Huntly coal are 958 g CO2/KWh and Otahuhu B gas 372 g CO2/KWh, according to Energy Modeling Consultants Ltd November 2008 report.

Tidal energy short and long term marginal costs seem economically similar to those of wind power, and those of tidal energy can only improve as more turbines are deplyed around the world.

Another option, much like tidal power only more expensive to implement, is hyrdoelectric power – that is, generating electricity from the flow of a large body of water, like a dam or a reservoir. A famous example of a gravity dam is the Hoover dam. This form of electricity generation has been around a long time, but it is limited to site where there are already large bodies of water, or locations where such a body of water can be created. You can read about production of hydroelectric power HERE.

Of course there is wind power, derived from turbines.

What are wind turbines made of?

The towers are mostly tubular and made of steel, generally painted light grey. The blades are made of glass-fibre reinforced polyester or wood-epoxy. They are light grey because this is the colour which is most inconspicuous under most lighting conditions. The finish is matt, to reduce reflected light.

How big are they?

Large modern wind turbines have rotor diameters ranging up to 65 metres while smaller machines (around 30 metres) are typical in developing countries. Towers range from 25 to 80 metres in height. For more information, see the BWEA factsheet on wind energy technology. Information about specific wind farms is available on our interactive map of UK wind.

How does a wind turbine make electricity?

The simplest way to think about this is to imagine that a wind turbine works in exactly the opposite way to a fan. Instead of using electricity to make wind, like a fan, turbines use the wind to make electricity.

Almost all wind turbines producing electricity consist of rotor blades which rotate around a horizontal hub. The hub is connected to a gearbox and generator, which are located inside the nacelle. The nacelle is the large part at the top of the tower where all the electrical components are located.

Most wind turbines have three blades which face into the wind; the wind turns the blades round, this spins the shaft, which connects to a generator and this is where the electricity is made. A generator is a machine that produces electrical energy from mechanical energy, as opposed to an electric motor which does the opposite. You can see an animation of this here.

How strong does the wind have to blow for the wind turbines to work?

How fast do the blades turn?

The blades rotate at anything between 15-20 revolutions per minute at constant speed. However, an increasing number of machines operate at variable speed. For more information, see the BWEA factsheet on wind energy technology.

A modern wind turbine produces electricity 70-85% of the time, but it generates different outputs dependent on wind speed. Over the course of a year, it will generate about 30% of the theoretical maximum output. This is known as its load factor. The load factor of conventional power stations is on average 50%.

Another option being talked about at the moment is to cover existing skyscrapers with solar panels.

It’s about time a company figured out a way to make use of the immense square-footage available on the surface of a skyscraper, let alone the fifth largest freestanding skyscraper in the world! Pythagoras Solar, an alternative energy start-up, has struck a novel deal with the owners of the Chicago’s Willis Tower—formerly the Sears Tower. Pythagoras plans to cover the skyscraper’s south-facing side with solar panels to create a vertical 2 MW solar farm.

The Willis Tower has 108 stories, and during the summer, solar glare and building cooling costs have become a problem. The solution: solar panels that offset the skyscraper’s energy needs while providing window shade.

The Willis (Sears) Tower solar farm is expected to provide as much power as a 10-acre ground installation. If the project—still in the planning phase—is a success, it could set a precedent for using skyscrapers all over the world for solar energy generation. This is such a smart and novel way of using space and saving acres of land for conservation purposes or other development ventures.

I think this is an interesting proposition, but it carries the same disadvantages as wind power. It is unpredictable, as opposed to the regular nature of tidal energy – although tidal energy does not produce as much energy as the other methods.

And what about space?

One option is to have a satelite in geo-synchronous orbit, generating power from high-efficiency Gallium-Arsenide photovoltaic arrays. They would then send the energy to Earth in the form of microwave beams. The risk here is that if the process of beaming the microwave energy to the surface is not 100% efficient, where is the leakage going? Obviously into the atmosphere, into the environment. Further, if the microwave beam were to stray off-course, the resultant damage could be quite extensive depending on the strength and volatility of the beam being used.

You can read about wireless energy transfer methods HERE

Could we use space tethers to generate energy, spinning freely in orbit and sending the electricity to the surface through a tensile cable?

Or perhaps a space mirror, reflecting permanent sunlight onto specific spots on the Earth’s surface, where we would have banks of solar cells providing all our energy needs.

This would certainly eliminate the unpredictability inherent in solar energy. But there would be the affect this would have on the habitat to consider. And in a way when you start to do stuff like this, changing the day and night patten of an area and therefore altering its ecology, we start to move into the realms of terraforming.

All things to consider. Will the future have every coast lined with tidal generators? Every hill covered with wind turbines? Certain places on Earth made to experience perpetual day, the ground covered with mile after mile of solar cells? Will we have satelites in orbit, sending us electricity through tethers hooked to the ground? As ugly as these options seem to be, are they really much worse than the prospect of a nearby nuclear power station going up?

The governments of the world should put a universal ban in place on any new reactors being built, and they should also agree to a plan to shut-down and do-away with the reactors they already have. The earthquake and tsunami in Japan has shown that it only takes something like a natural disaster, which you cannot predict, to make things like nuclear reactors ecologically damaging. And there is the human cost of such disasters to take into account – the true effect that the damaged reactors at Fukushima will have on the Japanese in the coming months can only be guessed at. With radioactive material seeping into the soil and the sea, what will be the eventual cost on Japanese agriculture and fishing industries?

We have yet had a full-blown worst-case scenario happen with a nuclear reactor – but that is not to say that it won’t happen. We’ve done allright out of nuclear energy, but I think it’s time to move onto something else. Just as we view fossil fuel generators as infeasible for future energy production, because of the cost they have on the environment, and because they are not renewable, so too must we view nuclear energy production in the same light.

My personal hope is that we will harness the power of the oceans and the sun for future energy production. Obviously, as what is happening in Japan right now shows us, resting the hopes of our futures in nuclear energy is extremely naive.

A prehistoric bear weighing in at 3,500 pounds  and standing 11 feet standing up, has been identified by Blaine Schubert and Leopoldo Soibelzon, both paleontologists.

The South American bear roamed its namesake continent about 500,000 to 2 million years ago and would have been the largest and most powerful meat-eater on land at the time. 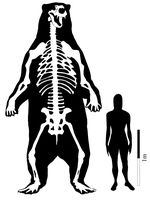 Go to National Geographic for the full story by clicking HERE