In this week’s issue of the science journal Nature, it is revealed that Voyager 1 has stopped feeling the push of the solar winds at its back, and is now heading into a transition zone delineating the edge of our galaxy, and interstellar space.

With new calculations around where our galaxy ends and deep space begins, it is believed that Voyager 1 could make the transition at any time. It apparently travels 1 billion miles every three years, so when it happens it will be soon.

So far the Voyagers have been travelling outward for 33 years. And what’s wonderful is that we will see Voyager 1 make it as the first spacecraft to travel into deep space within our lifetime. What will it find there? What lies beyond that point where no one has gone before?

Head on over to the official site for the Voyager Mission.

This is a sort of postscript to a previous article, UFO’s IN PHOTOGRAPHS FROM NASA SERVER, which you can read by going HERE

It has proved to be the most popular article on the site. I think it is because a lot of people have a genuine interest, or curiosity, toward the phenomenon of UFO’s. I think it’s because they’re not just here-say. We have pictures of them. We have videos. We have thousands and thousands of people popping up each year claiming to have seen one with their own eyes. Even if you said that 99% of these sightings were fake… what about that 1%? You cannot be 100% sure that UFOs do not exist, so therefore there is always that little tiny probability that a few people have actually seen one.

The pictures that have been found on the NASA server are intriguing. They genuinely look like there is some kind of craft in them – and it is definitely not like anything we have flying in the sky at the moment… that we know of.

As I stated in the article itself, it could very well be a top secret aircraft. But what if it isn’t? There’s something in those pictures though. I had one person respond to the article saying “It’s a sticker on the window.” The proof is there for you to see. There’s something in those pictures, flying. A craft. Alien or Human in origin and design, it is nevertheless a craft. There’s no way it is a reflection, a sticker on the window, a photoshop fake. It’s there. On a NASA server.

This all leads me to a thought I had which you can either agree with or not, it’s your choice. It could explain how these pictures weren’t stopped from ending up on a public NASA server though – what if the governments of the world know that their time is running out on this issue? With modern photography equipment, etc, it is only a matter of time before someone comes up with real hard proof of a UFO visiting Earth. How can they suddenly break their silence after so many decades of lies? Perhaps leaking stuff like this on to the web, gradually, bit by bit, is their way of letting us in on the biggest secret in history.

Think of it as damage control. It’s like breaking the bad news gently.

Julian Assange has stated that future wikileaks will concern UFO’s. Why would the governments of the world not stamp all over this? Perhaps they want him to tell us a bit of what they know. Perhaps, as much as wikileaks is a pain in their backsides, it is also a help in letting go of some of their most highly classified secrets.

There is something in those pictures. NASA allowed them on a public server, for all to see. I think NASA did that on purpose as part of a plan of disclosure to gradually let everyone in on the secret.

Wikileaks will release official documents containing information regarding UFO’s later this year. Eventually we will know the truth. Those of us who want to believe. 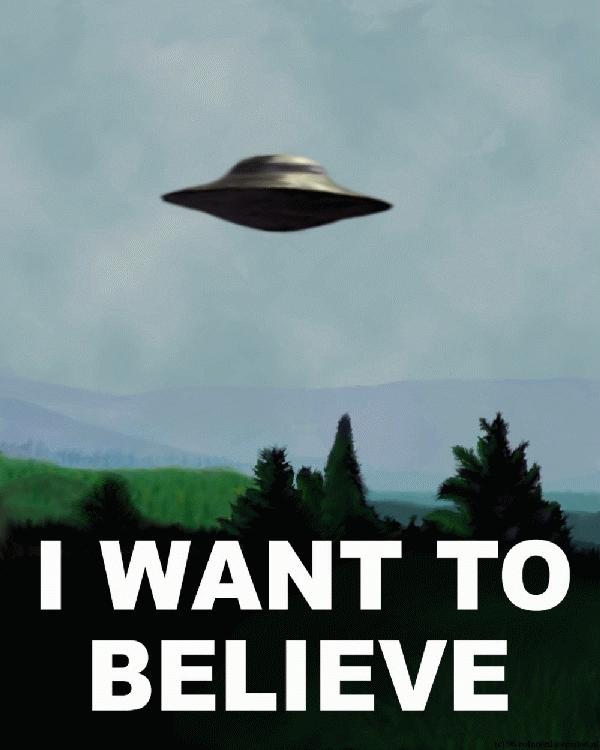 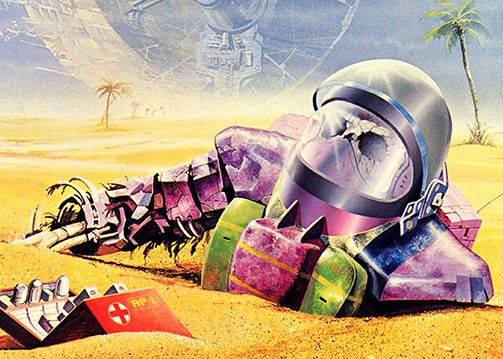 A few days ago, NASA announced that it was looking into the possibility of using asteroids to ferry astronauts to and fro Earth on a future mission to the red planet. The initial idea was to piggy back on an asteroid passing Earth on its way to Mars, using the mass of the asteroid to absorb the cosmic radiation that would otherwise pose a significant risk to the astronauts:

Cosmic rays can damage DNA, increasing the risks of cancer and cataracts for space travelers. Current research suggests that the amount of radiation that would bombard an astronaut during a thousand-day, round-trip Mars mission increases his or her risk of cancer by 1 to 19 percent.

So the idea would not only save on fuel, on maneuvering propellant, and the overall cost of the mission, it would also prove itself to be a far safer way of travelling to our sister planet.

The only trouble is that the viable asteroids passing Earth on their way to Mars are few and far between and do not have a regular orbit going from one planet to the other.

So now the new thinking is that we should try to divert the course of an asteroid passing Earth and aim it at Mars a bit like changing the direction of a train by switching the tracks, steering it in a different direction.

The options available for changing the course of an asteroid are varied and hypothetical; they range from using explosives to tethers to correct the course of a 10 or 20 metre lump of rock travelling at unbelievable speeds. No easy task, for sure.

We have shown with the Hayabusa mission that we can land on an asteroid with relative ease. Now we need to be able to change its trajectory and remain on the surface of one for an entire year. But surely this is a natural leap from landing an unmanned probe to landing a crew on one. We could take enough fuel to Mars in large tanks for the coast home, or send another asteroid the way of Mars for the astronauts to hook up with them for the return journey; in that eventuality we could instead take along the materials necessary to establish a tentative base on the planets surface.

It’s an ingenious idea. And we could possibly use it to travel further outward.
As I have previously stated (HERE) I personally believe that our real chance of finding life within our solar system lies beneath the icy surface of Europa. But the Jovian moons are a long way away, and the effects that cosmic radiation would have on a human crew making the journey would surely be detrimental if not fatal. But if we can ride using an asteroid, at incredible speed, and with the risk of radiation exposure taken away… then why not?

I have no doubt we could get to Mars and land on it, and establish some form of colony. But to what end? Mars is a lifeless, barren world. From what we can tell, if there was any life on it, then it has been gone for a very long time. Perhaps there was never life there. But there is a strong possibility of life beneath Europa’s surface.
That is where we should head.
Test the asteroid-piggy-back idea out first, boost the public’s interest in space by making the ‘giant leap’ to a new world, but then we should turn our attention outward to Jupiter and to the ocean beneath Europa…

[Whilst this blog post has nothing to do with Disney’s The Black Hole, how can you mention black holes without either having Maximillian (Maximillian!!!) or Reinhardt?] 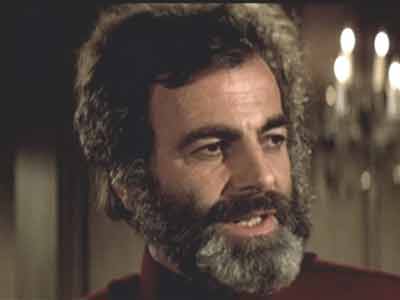 This image of a ring of black holes has been around on the web for a few days now, but if you haven’t seen it already I think you’ll be impressed by it. 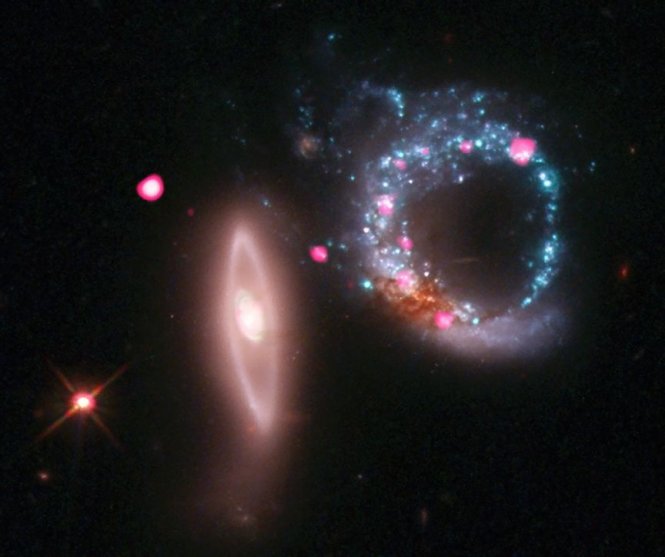 This is the run-down from Sify:

Arp 147 contains the remnant of a spiral galaxy (right) that collided with the elliptical galaxy on the left.

This collision has produced an expanding wave of star formation that shows up as a blue ring containing in abundance of massive young stars.

The nine X-ray sources scattered around the ring in Arp 147 are so bright that they must be black holes, with masses that are likely ten to twenty times that of the Sun.

An X-ray source is also detected in the nucleus of the red galaxy on the left and may be powered by a poorly-fed supermassive black hole. This source is not obvious in the composite image but can easily be seen in the X-ray image.

Other objects unrelated to Arp 147 are also visible: a foreground star in the lower left of the image and a background quasar as the pink source above and to the left of the red galaxy.

These estimates, combined with the use of models for the evolution of binary stars have allowed the authors to conclude that the most intense star formation may have ended some 15 million years ago, in Earth’s time frame.

It’s nice to actually see some visual evidence of black holes (the pink blobs around the galaxy on the right) and it’s also nice to see that Hubble is still contributing to major astrological discoveries, even as it nears the end of its tenure as the great eye in the sky… 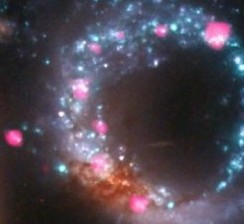