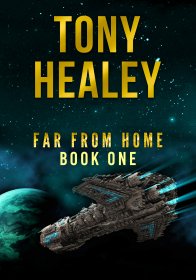 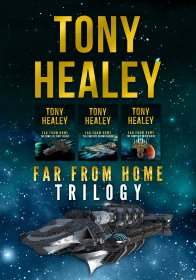 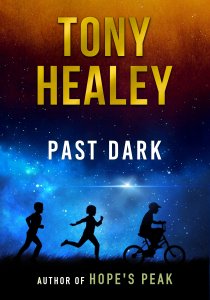 After receiving news that his childhood friend has died, Chris returns to the hometown he thought he’d never go back to. The memory of what happened that one fateful summer in Denton is something he’s tried desperately to forget. But there are some things you just can’t keep running from and Chris will have to face what happened all those years ago. The events that changed their lives forever – and the dark entity that called to them in their dreams . . .
Written by bestselling independent author Tony Healey, Past Dark is simultaneously a moving chronicle of childhood, and an exploration of the power of evil that will delight fans of traditional horror in the vein of Stephen King and Dean Koontz.

Left for dead, his wife and children slaughtered, Rowan Black vows revenge on the man responsible. But first he’ll have to make it across the bloody north and that is easier said than done when there’s a price on your head . . .

For fans of gritty, action-packed fantasy in the vein of George R. R. Martin and Joe Abercrombie.
Bestselling independent author Tony Healey presents The Fallen Crown series, a hard-hitting sword & sorcery epic that will blow you away and leave you gagging for the next installment!

I have a story, ‘Adele’, included in this anthology published by the mighty Blunderwoman Productions. Details–and cover!–will be revealed soon.