The Harper and Lane series

Desperate  to escape San Francisco and the case that had derailed her life, Detective Jane Harper thought she’d find peace in Hope’s Peak, North Carolina. Instead, she found a small town plagued by a series of unsolved murders stretching back decades. She also found Ida Lane, a woman who was not only determined to confront the ghosts of her past, but who had the astounding ability to lay her hands on the dead and witness their last moments. Using their unique skills, Harper and Lane work together in a haunting police procedural with a supernatural twist . . . 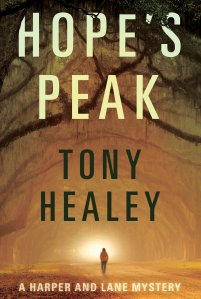 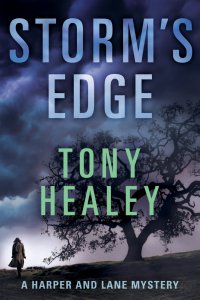 “Atmospheric, surprising, and shot through with menace—fans of Stephen King and True Detective will love this exceptional thriller.” —Mark Edwards, bestselling author of The Magpies and Follow You Home

“Fantastic blend of thriller and paranormal made this an amazing reading experience!” —Blake Crouch, bestselling author of Dark Matter, author/creator of Wayward Pines and Good Behavior

“In this solid series launch from Healey…he plows a fertile field in this blend of detection and the supernatural.” —Publishers Weekly

“The bond between the two women, quickly cemented, is also an area that lends itself to more exploration…it will be interesting to see where Jane and Ida go from here.” —Mystery Scene Magazine

Beyond the shores of Hope’s Peak, North Carolina, evil waits as his next victim approaches.

Ida knows too well the evil that lurks in the cornfields. Tortured by her mother’s murder years before, Ida is paralyzed by the fear that she could be next. As the killer grows bolder, Jane must persuade Ida to use her remarkable gifts to help in the investigation. It’s a decision that brings them closer to the killer…maybe too close.

An insidious evil has taken root in the small town of Hope’s Peak, North Carolina…

In the midst of an internal investigation, the police department is thrown into chaos when Captain Frank Morelli is gunned down on his own front lawn. Detective Jane Harper suspects that someone is tying up loose ends—a conviction that only grows stronger when she witnesses the execution of another officer in broad daylight. With no one else to turn to, Jane seeks the help of psychic Ida Lane.

Ida thought she’d finally find peace after the death of the man who murdered her mother. But as the town emerges from the shadow cast by that serial killer, they discover that there is more than one monster hiding in the darkness. Desperate to lay her ghosts to rest, Ida puts her extraordinary skills to the test. Together, she and Jane must uncover the truth…or be permanently silenced like the rest.

“I jumped at the chance to read the follow up to the fabulously spooky and dark “Hope’s Peak,” and couldn’t wait to continue the journey with Harper and Ida. And while it’s not as grim as it’s predecessor, “Storm’s Edge” is the perfect second book in this new series. This book had amazing suspense and tons of twists and turns. I love that the author doesn’t mind “going there,” as overused as that phrase is. He doesn’t hesitate to kill off a character or reveal some really dark secrets. It adds this tension to the plot that keeps you going. I also continued to love Harper and Ida’s partnership in this book. Both characters are likable and relatable – I really find myself rooting for them. I can’t wait to see where this series goes next, and I will definitely be along for the ride.” — Goodreads, Ashley Gillan

“I will say it is a well-written, dark crime thriller. There are twists and turns, some small, some large that will leave the reader wondering how they missed the clues. The characters are deftly described and are credible. It’s a fairly fast read … mainly because the reader won’t want to put it down once they start reading.” — Goodreads, Linda Strong