What’s been going on around here of late? A lot actually!

My novel IN HER SKIN is back from my beta readers. I have several minor plot issues to address, then general notes (of which I have two pages!). The novel requires a slight rewrite from page 1, which sounds more major than it really is. This is the final draft I will make of IN HER SKIN before doing something with it, so now it’s all about refining it and making it shine. I’ve never spent so much time on one project, but I think the end result is worth it.

Meanwhile, I’ve also been writing a secret project I can’t say anything about. I’m doing it under a pseudonym. So I’ve been working on that during the day, and doing other stuff in the evening.

Part of that ‘other stuff’ has been working on the latest collaboration with Bernard Schaffer. It’s a new Confederation Reborn tale starring Captain Kirn and the crew of the Endeavor with the tentative title of THE FIRE ETERNAL. This one had an interesting developmental stage that I hope we’ll tell you all one day. It might prove insightful as to how these collaborations really come together.

My focus right now is in getting IN HER SKIN ready, and finishing this secret project. After that? Possibly OPERATION CHIMERA 2 or BLACK NOVA. We’ll see. I also want to get into my Colonial Wars series.

Amazon have changed the way they’re paying writers for Kindle Unlimited reads. We used to get paid by the borrow, but will now get paid by the PAGE. I’ve been checking my reports every day and, so far this month, have had 50,000 pages read. I am predicting at least 100,000 pages read by the end of the month. We’ll see how accurate I am, and how much Amazon are paying per page, in my August update.

My good friend Courtney Cantrell has a new novel out right now. If you’re a fantasy reader, it’ll be right up your alley.

The link, etc, is directly below. (And look at that cover!) 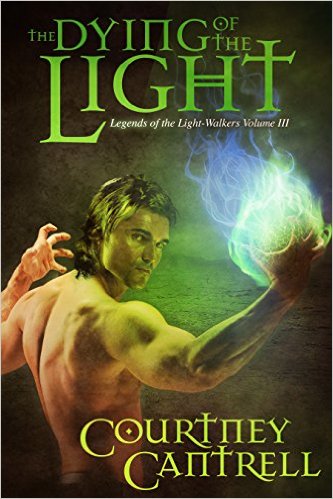 Rafe Skelleran is losing his mind. Weird nightmares ruin his sleep and dog his waking hours. Even the booze doesn’t help anymore. And the worst part of going crazy is he doesn’t even know why it’s happening.

In the midst of his descent into madness, a woman shows up on his doorstep, all curves and feisty foreign accent. This dream girl is real enough, but her babble about ancient wars and lurking enemies is the stuff of fantasies. Her rantings gain the weight of reality when an enemy arrives with an arsenal of otherworldly powers and tries to murder Rafe. Fleeing the destruction of his home, blood on his hands, Rafe realizes that if he wants to get out of this alive, he’s going to have to stick with a woman who’s possibly crazier than he is.

Besides, she knows about his dreams. She knows the green-eyed crone whose nightly pleas are driving Rafe insane. She says the old woman is real and that she can take Rafe to her. And Rafe can’t pass up the chance to find out the truth.

Hijacked to a strange world where he is surrounded by powerful, dangerous allies, Rafe soon realizes he’s no safer with these people than he was on his own. Every time he turns around, someone insists he’s not who he thinks he is. Every time he turns around, someone wants him dead. On the run with what seems the least of many evils, Rafe doesn’t have a single person in this strange land he can trust.

Even worse, he feels a dormant, volatile power knocking from within, urging him to let his magic loose. He must unlock it before facing his darkest enemy, for without it he can’t possibly survive. It’s that or accept an allegiance that will give him the worlds…if he’s willing to sell the last little bit of himself he has left.