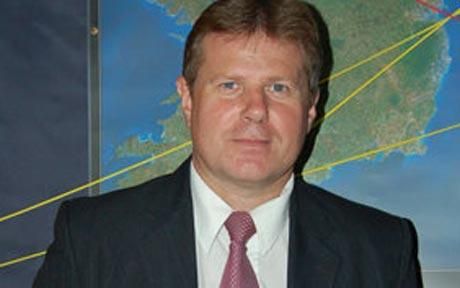 This is taken from the website forteantimes (link below) and makes for interesting reading. Gary Heseltine appeared on the UK morning program THIS MORNING the other day, and I immediately jumped on-line and googled his name, coming up with his website PRUFO which covers reports of UFO’s and Close Encounters from police officers off and on duty, going as far back as a century ago.

He got into a bit of a spat with a skeptic on THIS MORNING and promised to return to the show with his best evidence to prove his point that the UK has been, and is, a hive of UFO activity.

Gary Heseltine is a police detective with more than 17 years service and has been following the UFO subject for 32 years, since a childhood sighting aged 15. He is the editor of UFO Monthly.com

My top ten, in chronological order:

1. On 11 August 1944, whilst over France, a Lancaster bomber crew of eight saw what they described as a huge disc-shaped object with a row of lights that dwarfed their aircraft many times over. Upon landing, the crew officially reported what they had seen and were told not to talk to anyone about it and not to record the information in their log books. In a time before the era of ‘flying saucers and UFOs’ and at a time of war, this case stands as a landmark sighting.

2. The Great Falls, Montana, cine footage from August 1950. The footage clearly records two anomalous objects flying in formation; it was analysed extensively but to this day has never been explained.

3. The RAF Lakenheath radar-visual sighting of August13–14, 1956. UFOs were sighted visually from the air by the pilots of two fighter aircraft. One of the aircraft confirmed the sighting on its radar. The objects were tracked on three ground radar stations, with two control towers visually confirming the sighting. The objects were described as white and round and able to perform amazing changes of direction and abrupt changes of speed. Speeds were confirmed on radar at many thousands of miles per hour, way beyond the technology of the era.

4. Colonel Gordon Cooper’s account of a UFO landing at Edwards Air Force Base in 1957. He stated that whilst he was flying over the airfield with a film crew, a UFO descended and landed at the base. He later handed over the footage to a high-ranking officer from Washington and it was never seen again. Cooper was a man of the highest integrity who later became an astronaut on the Gemini space program.

5. Tehran, Iran, Jet Chase, early hours of 19 September 1976. The incident took place in the vicinity of the Shahrokhi Air Force Base and involved multiple military and civilian witnesses on the ground and the aircrews of two Iranian Air Force F-4 Phantom aircraft in the air. There were radar confirmations and electromagnetic effects reported. At one point, a smaller object separated from the main UFO and approached one of the chasing aircraft, a manœuvre that caused the plane to take evasive action to avoid a collision. The object then returned to the main UFO and merged into it. The sighting was confirmed on radar.

6. Rendlesham Forest, 26–28 December 1980 at RAF/USAF Woodridge base in Suffolk, England. The case involved a number of credible military witnesses, an encounter with a landed UFO, increased background radiation in the area where the landed object was seen, a confirmation by the Deputy Base Commander, Lieutenant-Colonel Charles Halt that he led a team of security airmen into the forest on one of the nights and that he had witnessed multiple UFOs himself, one of which shone a beam down to his feet and later into the Supplementary Storage Area (SSA) – a nuclear bunker complex, no less.

7. Japan Airlines, 17 November 1986. Whilst flying a cargo plane from Iceland to Anchorage, Alaska, the crew observed three walnut-shaped UFOs. One of the objects was enormous, many times the size of their Boeing 747 aircraft. The pilot, Kenju Terauchi, described the UFO as being twice the size of an aircraft carrier. The objects performed extraordinary manœuvres and stayed with the plane for 400 miles (640km). The incident was also confirmed on ground radar.

8. Belgium, night of 30–31 March 1990. Two F16s were ordered to intercept a radar-confirmed (three independent radar stations), triangular UFOs in the skies above Belgium. The case offers high-calibre witnesses – i.e. two F16 pilots – as well as multiple ground radar confirmations, airborne radar confirmations and target aircraft lock-ons. It also comes with an endorsement from Colonel De Brewer, the Deputy Head of the Belgium Air Force no less! But what raises the bar even further is a piece of physical evidence that is hard to ignore. A cockpit recording from one of the F16s captured the UFO performing a dive of 5,000ft (1,500m) in a matter of a couple of seconds, before levelling out and disappearing out of sight – a manœuvre impossible for terrestrial aviation technology.

9. The Tether Incident, STS 75, 1997. This case involves the Space Shuttle and footage recorded by NASA itself. Whilst an experiment was being performed, a 12-mile (19km) length of a satellite tether snapped and drifted into space. As the shuttle cameras zoomed in on the drifting tether, the footage captured numerous objects flying in its vicinity. The objects appear as circular light-emitting objects that at various times pass behind the tether and one has been estimated to be a mile (1.6km ) in diameter.

10. Campeche region of Mexico, March 2004. The crew of a military drug surveillance plane recorded up to 12 UFOs on their FLIR infra-red camera system. One of the objects can be seen to separate into two. The aircraft’s radar also confirmed the sighting. During the incident, which lasted more than 30 minutes, the UFOs gathered around the aircraft, to the consternation of the aircrew. Unusually, the Mexican government released details of the encounter in full. They provided the footage, the crew and the Head of the Mexican Air Force for questioning by the world’s media.