WHO ARE THE KINDLE ALL-STARS?
A series of 20+ short interviews with the team behind the Kindle All-Stars short story anthology ‘Resistance Front’ posted daily in the run up to its publication.
Please be sure to check any relevant images and links for each individual at the end of their interview.

Today I chat with JJ Toner! 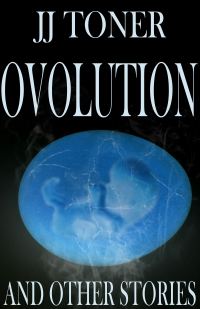 JJ: it’s about a deep space mission to trace the source of a mysterious alien signal received by SETI, the Search for Extraterrestrial Intelligence.

JJ: I write a lot of science fiction, and many of my stories are concerned with deep space missions, the loneliness, the vast distances and the strange time distortions. If we ever achieve near-light speeds, the consequences for the travelers will be life-changing. Imagine being faced with a 15-year round trip where 300 years will pass on Earth while you are away. I reckon only certain types of oddballs will choose to be deep-space-travelers.

JJ: I took it from my anthology, published in June2011. The original story dates from 2008.

JJ: I’m not looking for miracles, but it would be nice to gain a little more recognition among the reading population. At the moment, I reckon maybe 100 potential readers know that I exist.

JJ: I plot my novels. I can’t start writing until I have an outline for almost every chapter. Of course I never stick to the outline; once I start writing it all changes. But having a skeleton in place is a crutch to my insecurity. There’s nothing worse than writing, say, 50,000 words and finding the plot makes no sense. With short stories, I just get an idea and start writing. Then I spend months of sleepless nights searching for an ending. I try to write 6 hours every day (if you include social networking, which eats up most of my time, now). My office is tiny: 8×6. I have to tuck my chair under the desk before I can open the door!

JJ: I’ve heard nothing from him yet. Either the story passed muster, or, what seems more likely, he’s saving the worst for last.

JJ: I’m excited to be included beside them all. Just to be involved is like a dream come true for me. I work at my writing in total isolation, and I put everything I have into it without really knowing if it will fly or not. It’s great to be on a team at last. Having said that, I have been working with a new editor (Lucille Redmond) recently, so I’m not as isolated as I was. Lucille is a talented writer and has years of journalistic and editing experienced. She pulls no punches and can spot a plot hole or an inconsistency from ten paces.

JJ: I think the next one might have a horror theme, and if that’s the case, could we aim for Dean Koontz or Stephen King? I don’t know how these things work. I wouldn’t even know how to get in touch with one of those guys.

JJ: I’m retired from real life. Writing is my whole life now. I have an autistic son who keeps me grounded.

JJ: I’m working on an outline for a dystopian Young Adult book. I wrote 50,000 words before I realized the plot didn’t hang together too well, so I’m back at the drawing board. Hopefully, I’ll be able to incorporate most of those words in the new version. I’m also thinking about a sequel to my thriller. The detective in that book, Ben Jordan, should be coming out of rehab in the next few weeks and there’s a grisly murder that will need his attention.

JJ: Watch out for my books on Amazon. The first Ben Jordan book, St Patrick’s Day Special is set in Ireland and uses UK spelling and Irish idiom, but it’s a fun and exciting read (or so my editor tells me!). My anthology Ovolution and Other Stories explores the funny side of Science Fiction. Most of the stories have a serious side to them as well, but they were definitely inspired by my funny bone. I have pledged all of the profits from these books to the charity ADSI which works with adults with Autistic Spectrum disorders in Ireland.

JJ: Thanks for interviewing me, Tony. You’re the first to do so!