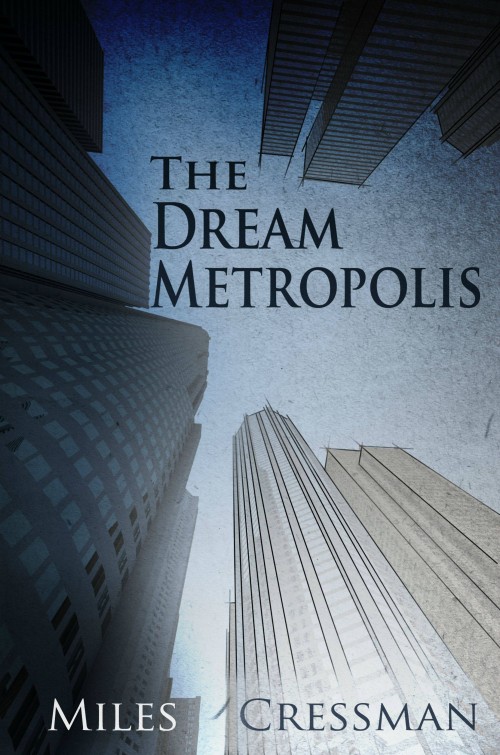 Miles: When I was more active on the site Kindleboards, I saw a small topic about it and was very curious. I decided to give it a try and could not have been more happy with that decision.

Miles: It’s about three central characters: Plot, Sentence, and Word. Each of these characters are striving towards a Point, but they’ll only get there if the writer who creates their journey allows them to. It’s a deconstruction of the writing method we all undergo.

Miles: The Deconstructionist literary theory of Jacques Derrida, who proposed in the ’70s that literature is three-dimensional, and because of that we can “play” with language, creating and destroying it at the same time.

Miles: This story was written approximately two years ago for a creative writing challenge on a different forum.

Miles: I hope that people will seek out my novels as I am writing them, and I hope to have two out by the end of the year.

Miles: I tend to write late at night on my couch in my living room, with earbuds on listening to either jazz, jazz hiphop, downtempo electronica, or classical music. I prefer flying by the seat of my pants and seeing where takes me. I know where the end goal is, but the journey might take a few side paths.

Miles: My experience was very similar. A lot of his critiques were even-handed; at times he would lauding the way I write, in others he would be berating me for making silly mistakes. It was an educational experience because it showed me, straight up, where my problems were and why I kept making them. It was pretty awesome, actually. I never felt like he was giving up on me.

Miles: William Vitka is a member of a forum I frequent, and I’m looking forward to his contribution the most. He’s a great writer, and a cool dude.

Miles: If I could be in an anthology with fantasy giant George R. R. Martin, I just might have a heart attack early. But damn, it’ll be the best heart attack ever. It would be wonderful to check that off on my personal bucket list.

Miles: I work as a tutor on my school’s campus teaching foreign exchange students English; primarily, I teach them how to speak, write, and read English but at the same time teach them common college student slang and American culture. I also work as a caregiver for an old lady, cleaning her house and doing minor things for her every day.

Miles: I am continuing work on The Dream Cosmopolitan, which I hope to tentatively have finished by the middle of November. That’s all I have in the pipeline for now, and I’ll be taking a break to drum up some ideas for The Dream Fragments, the third novel, which will be a series of short stories.

Miles: Support indie authors. You’d be surprised how incredible their work may be, and even though there might be thousands of them now, their voices need to be heard and read. Keep on the lookout for the next Kindle All Stars anthology, it’ll blow your mind just like the first one.