Today I chat with Keri Knutson. 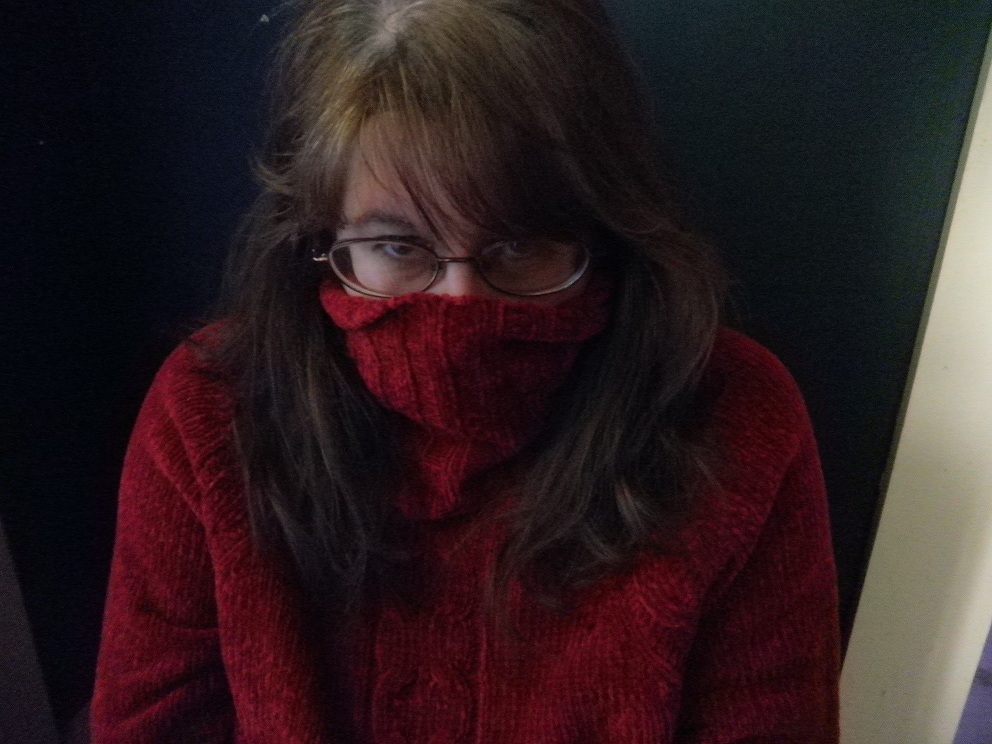 Keri: I first heard about KAS on Twitter. It was when Bernard first had the brainstorm, before he even had the idea that it should be a charity anthology. I emailed him a story the same day.

Keri: My dreams are often about houses and the secret spaces within them. I’ve always been fascinated by the thought of finding something inside your home that you didn’t know existed. When I was a child, we actually found a walled-up room in our basement. I still remember the cowboy wallpaper on the walls. I also have to credit the late, great Robert Leman, who was a brilliant writer. His Nebula-award-winning short story “Window” gave me the ghost of an idea that eventually became “A Certain Doorway.”

Keri: It was already written. In fact, it was one of the first short stories I wrote as an adult.

Keri: I have a mystery series featuring struggling actress Maddie Pryce ( in collaboration with my writing partner Susan Branham). The first two installments, Darker by Degree and Director’s Cut, have received some good reviews, and I hope that people would enjoy my writing style and want to read more. I adore Maddie, and we’ve plotted her adventures through seven more novels. I’ve also published several short stories, a vampire novel called Running Red, and have several upcoming projects that will be published in the next six months, including another horror novel based on the Wendigo legends — Dead of Winter — the first in a light paranormal series, A Willingness of Witches, a compendium of short stories called Dead Girls and Other Stories, and the third Maddie Pryce novel, Curtain Call . I’ve never felt constrained by genre, even though horror is in my wheelhouse, so I hope readers are willing to follow me around a bit.

Keri: I write when I can. And actually I write when the voices in my head won’t shut up. I have five kids and a small business, so that’s often in the middle of the night or in the carpool line or waiting for drama or choir or soccer to let out. I write on the backs of envelopes and receipts, scribble things at the dinner table or in the bathtub, yell things out when I’m talking on the phone. As for plotting, I definitely subscribe to the Stephen King suggestion that writers are archeologists. We uncover the bones of the stories, and if we’re careful enough, we uncover a whole skeleton, complete. My characters definitely tell me what’s going to happen next, and woe be unto me if I don’t listen to them.

Keri: I think I was tremendously lucky in that “A Certain Doorway” had already been extensively edited. When I submitted the story, Bernard emailed me back with some suggestions and I accepted the ones I found helpful. It was all done over two emails and was mostly painless. The great thing about being edited by Bernard is he was very straightforward about what he thought would be helpful, but also very willing to not step on another writer’s voice. It’s a very fine line to walk when you’re both an editor and a writer, and I think Bernard walked it magnificently.

Keri: With no hyperbole, I can tell you that Harlan Ellison is one of my childhood idols. Stories like “Jefty is Five,” “I Have No Mouth, and I Must Scream,” “Croatoan,” “A to Z, in the Chocolate Alphabet,” those are all stories I devoured, that became part of my own internal library. (Interesting coincidence, my mom’s senior college thesis was titled “Croatoan.”) The fact that I would be in an anthology alongside Harlan Ellison is literally a dream come true. I get choked up just thinking about it. But in addition to that, I’ve read some of the offerings from my fellow writers and I’m just elated at what this anthology contains. I think that the writers included are all tremendously talented and have bright futures. On a personal note, I suggested to a dear writing friend of mine, Richard Roberts, that he should submit, and he was accepted. I’m just tickled because Richard is one of those rare talents that just transports you to a magical place. If he’s not a tremendous success in the future of fantasy, I’ll eat my hat.

Keri: I would love to see F. Paul Wilson include a Repairman Jack story. That would be the ultimate in cool. Also Joe Hill is just stupendous. Albert Berg is mostly unknown, but a great talent. Dan Simmons, whom I met at a writer’s conference years ago and was enchanted by, wrote one of the best short stories I ever read, “The River Lethe is Full of Tears,” and I would be really chuffed to be published alongside him.

Keri: My day job is as a professional editor. While I make most of my living editing non-fiction, I’ve also edited several fiction books. I’m branching out into doing cover design, because I find it really soothing and fun. I’ve designed all my covers and covers for friends, and I find it such a change from writing that it’s like a vacation. Other than that I’m a full-time mom, a pro hockey fiend, a beer connoisseur, a zombie preparedness expert, and I’m unnaturally fond of my DVR.

Keri: I’m deep into the Maddie Pryce series, have several short stories knocking on my cerebellum, and am working my way up to my opus – a novel about a detective with a deep, dark secret involving a serial killer who may or may not be dead. Think Dennis Lehane meets Stephen King. My to-do list for fiction seems to grow by the day, and the great thing about indie publishing is that no matter what genre my imagination gravitates toward at the moment, there’s a place to find a readership.

Keri: I love writing, and I hope that love shows in my craft. Regardless of what I write, I hope it touches someone and gives them that moment, that same thrill I get when I read something great. Check out my novels and short stories, and watch this space: I’ve got worlds to set spinning and you’re welcome to visit them all.