On this day in 1671, Giovanni Cassini discovered Lapetus, a moon of Saturn.

He observed the moon over the years, and eventually discovered that it is unique due to having both a dark and a light hemisphere.

For centuries we’ve been trying to figure out why Lapetus has this feature, and we’ve yet to crack it.

The two theories that seem most likely so far:

1. That the darker hemisphere has simply collected dirty space dust from other bodies, for instance sister moon Phoebe.

2. The darker matter could be material from the moon’s core that has erupted over time.

Lapetus is odd-shaped and mostly ice.

And to this day, we know little more than Cassini did… 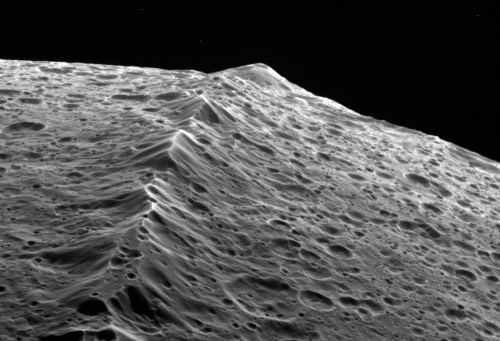 (Image: The mountains on Lapetus)