From the NASA Press Release:

Construction began this week on the first new NASA
spacecraft built to take humans to orbit since space shuttle
Endeavour left the factory in 1991, and marked a significant
milestone in carrying out the ambitious exploration vision President
Obama and Congress have laid out for the nation. 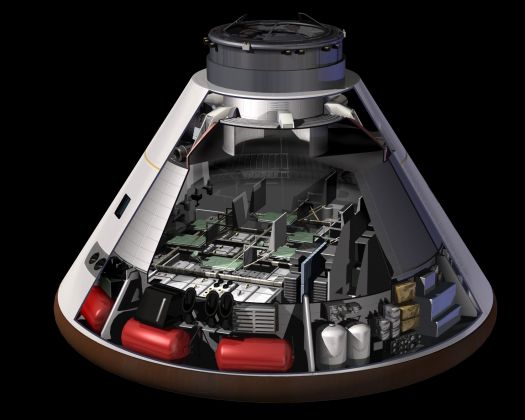 “This marks a major milestone in NASA’s ambitious plans to send humans
farther into space than the nation has ever been before,” said NASA
spokesman David Weaver, Headquarters, Washington. “We’re not only
working to send people into deep space, we are putting people to work
right here in America.”

The first welds were completed Friday using an innovative new friction
stir welding process, developed especially for Orion construction.
The process creates a seamless, leak-proof bond that has proven
stronger and higher in quality than can be achieved with conventional
welding.

After welding is completed at Michoud, the Orion spacecraft orbital
test article will be shipped to NASA’s Kennedy Space Center in
Florida, where the heat shield will be installed. At Kennedy, it will
undergo final assembly and checkout operations for flight.

A picture of Friday’s work is available at:

And more about the ORION program:

Also head on over to THIS site to read about the use of human bodies in testing the different forces at work on the body when the Orion capsules splash lands.