PREPPING THE REAL MISSION TO MARS 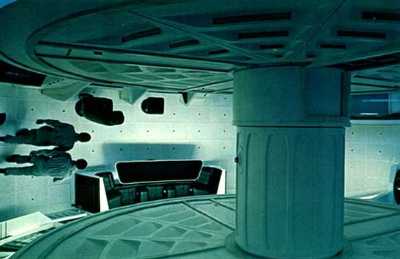 When we really go, we will need men and women with the resolve to work together for years. It will be a Big Brother experiment on a much different scale.

People participating in the Mars500 experiment are celebrating a whole year in isolation. They’re simulating a return trip to Earth at the moment, already having experienced a simulated mission to the surface of the red planet. And their mission isn’t over yet. They don’t ‘return’ until November 5th of this year.

The experiment, sited near Moscow, consists of four sealed interconnected cylinders with a volume of 550 cubic metres.
The Russian, French, Italian and Chinese crew have their own private cabins and work together like astronauts on the International Space Station.

Being able to cooperate together and resist any frustrations and frayed relationships whilst on their way to and from Mars will obviously be key. The crew will need to be conditioned to deal with being cooped up like that. Surely it will take a particular type of person.

The Mars500 project is a very interesting testing ground for what a real mission might be like to endure. However, is it different knowing that you’re still on Earth? Would it be more pressurizing knowing that you’re in deep space and that if anything goes wrong it could cost you your life? Locked in a tin can outside of Moscow for one year is one thing. Locked in one heading to an alien planet is a little different.

Whilst I would be excited if there really was a mission to the red planet, I do think that we should be heading for Europa. There, I am sure, we will find other life. But perhaps Mars will end up a stepping stone to Europa. I hope so. I do believe that beneath that icy surface there are wonders waiting to be found. I don’t think there’s anything on Mars. Perhaps there once was, but who knows? Perhaps if we ever get there we’ll find evidence of past life.

If we find a fossilized alien on Mars’ surface, then it renders the question of life out there in the cosmos moot. It will become a question of finding life we can have a conversation with.

And there’s still the issue of skeletal degradation brought about by the lack of gravity… perhaps we will need that spinning centrifuge from 2001 after all.