A frequent contributor to this site, Richard F Sterling, posed an interesting question a while ago: what will you do if you find that suddenly you don’t have twitter or facebook? What happens to the contacts you have made? In his article, which you can read HERE he suggests having an ‘internet backup’ – a place to store all of this information.

When you think of the web, you don’t think of the websites you’re visiting having a physical location. But they do. And if something like what happened to Japan happened right under the offices of twitter, what would happen? Would there be no twitter?
Probably not.

It’s a genuine and real concern, and I think that it becomes all the more important as we move forward and our use of social networking becomes even more entrenched into our daily lives.

It sounds like a sad statement to make, but I really do think that I’d be lacking something in my day-to-day life were I to lose twitter and facebook, and the immediate contact with people that it brings. What was life like before it? It’s hard to remember the days when you couldn’t just tap into someone’s twitter feed or facebook page and see what was going on. Ten years ago, social networking was a small rosebud – today it has bloomed fully and completely.

All of this has me thinking about what the future of social networking might be like. Will there be a twitter and facebook? Yes. But they won’t be called that. They may not even have a name. It will merely be a social network. That’s what I believe. All of the aspects of both networks will eventually combine into one, or become synonymous with each other – with all of the information and contact details being criss-crossed between all social networks. Call it a networking of networks.

I mean, look at the differences between all of the social networks out there. Doesn’t facebook have most of the trappings of flickr? Doesn’t its status update feature bear a very close resemblance to twitter’s twitter feed? Eventually I believe that what sets them apart at the moment will become their defining similarity. I suppose what I’m trying to propose here is that they will one day merge into one big super-network. Perhaps they will remain separate merely as parts of a single bigger company.

Tweetdeck can combine many networks into one. So if Tweetdeck can do that, then so to (I propose) can the networks themselves. And eventually one day they will do this.

I also think we need to look at how we access our networking options. At the moment, we use the common computer, the tablet, the phone, and in some cases devices like computer games consoles and mp3 players.

About 15 years ago, Arthur C Clarke proposed a device called a brain-cap, which would be plugged directly into the brain, harnessing all the computational power of the brain itself – which we know to be of immense capacity. 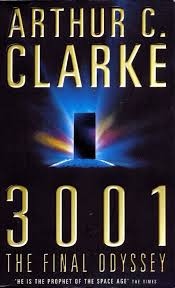 With this technology, you could communicate amongst each other with thought alone. Clarke gave the example of two lovers parting, and instead of give one another a kiss, they could send each other a love letter instantly, with photos, videos, etc.

In Clarke’s version, the brain-cap was literally that; a metal cap worn over the head.

I propose that in the future, we will have a device that plugs directly into the brain but remains hidden below the skin, perhaps somewhere on the spine. It would tap into memories, making use of the memory capacity of the human brain. How many photos could you store in the human brain? How many hours of videos?
Could you swap memories amongst each other? So instead of sending a love letter, you send your loved one the memory you have of your first kiss on the beach, all those years ago…

Think of an update, for example “Off to the doctors again!” and it is instantly posted. See a friends picture of a sunset, and download it straight to your brain so that you can view it mentally on your commute home.

The possibility of a social network that encompasses every aspect of social networks we have today is truly one to consider. And the technology by which you would access it. I lean towards something like the brain-cap, Clarke’s invention, which would leave behind computers and tablets. Surely, as we move into the future, and such technology becomes more sophisticated, the next steps will be to have that tech merge with our physical bodies. I’m not talking a cyborg existence for mankind! But I am thinking that the human of two hundred years time will have a few devices implanted within him, running from the electricity created naturally by his body, tapped into his brain and his nervous system.

What if through such a device as a brain-cap, you could relive a memory of walking home in the rain, and experience the raindrops falling on your skin because the brain-cap was tapped into your nerves and sending them signals that mimic those you felt originally?

Perhaps that would then be the basis of your next status update.