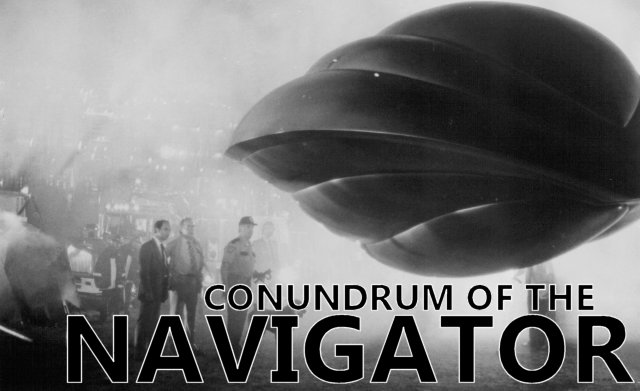 I want to bring to your attention a fantastic article at mjyoung.net written by M. Joseph Young, that I read a little while back concerning time travel in Flight of the Navigator.

The main character, David is taken from his own time, and left in the future when the ship is on crashes into power cables. There he reconnects with his family, who have been without him for eight years, although no time has passed for David.

Through a course of events he finds himself at NASA, and manages to get on-board the crashed craft and navigate it away from the authorities. He is then taken back in time, presumably to the point just after he was initially abducted, with one of the small creatures from the spaceship in his pocket.

What might appear to be a simple, straight-forward time travel story becomes much more complex when you start to dissect it. I won’t do so here, because when you look at the site I am pointing you to, you will see why. It is a LONG article, and complex in its dissection. But it makes for fascinating reading, and highlights the thought that went behind one of my favourite childhood movies.

You can read the whole article by clicking HERE and I hope you really enjoy it. I did.

You can also check out this trailer for Flight of the Navigator. If you grew up watching it on VHS, this is pure nostalgia.